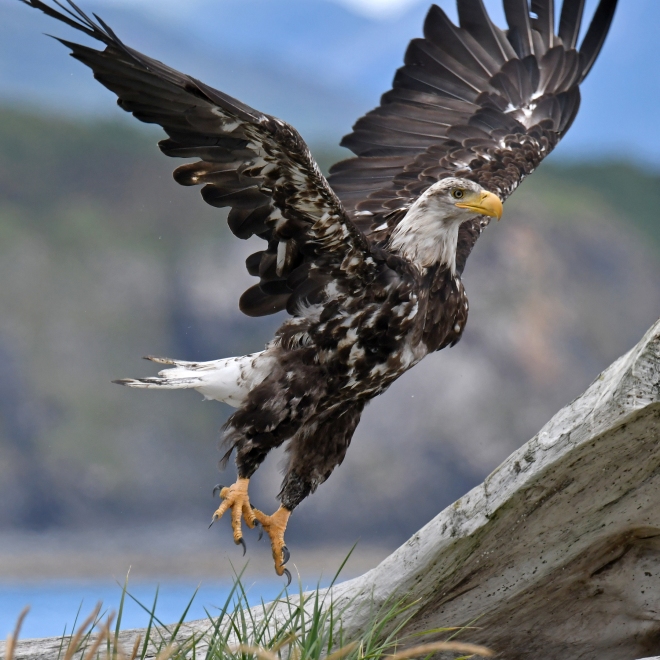 The Bald Eagle is one of the world’s best known birds. Ever since 1782, when Congress incorporated the eagle’s image into the Great Seal of the United States, it has been emblematic of that nation. Long before, it was also revered in Native American cultures, seen as a spiritual intermediary between humans and the gods. Despite this, the 1950’s saw the bird heading toward extinction. It’s subsequent reversal of fortune has been a conservation success story.

At the Bald Eagle’s lowest ebb, it’s breeding range shrank to a handful of scattered populations in Alaska, the Aleutians, north and east Canada, and Florida. Today, there are over 70,000 Bald Eagles and the species occurs across North America, breeding in every contiguous U.S. state, Alaska, every Canadian province, and Mexico’s Baja Peninsula.

“Consciousness of our impact on the world, whether it is the natural environment, our local and global communities, or simply our immediate circle of coworkers, friends, and family, is no longer a luxury or choice, but an absolute necessity. I believe we must face and consciously adapt to the complex reality of our times, both as individuals and as a species, or we very well may be on our way out. And the mighty human race, with all we know and all we’ve accomplished, will become another short blip in the history of this pale blue dot floating in the corner of the galaxy.”